Each year, folks over at PractiTest and Tea Time with Testers conducts a survey of software testing professionals. The State of Testing Survey is the largest online survey of this kind. This year, over 1000 testing professionals participated in this survey from over 60 countries. The survey results are just out and here are some of its highlights.

There were over 1000 respondents from all over the globe as shown in demographics below.

As per trend observed from last few years, size of testing team in North America, Western Europe and Australia are getting smaller. Whereas team size keeps getting bigger in India, Asia, Eastern Europe and Middle East.

Below picture from State of Testing survey shows average salary testing professionals gets as per their experience levels in different regions. 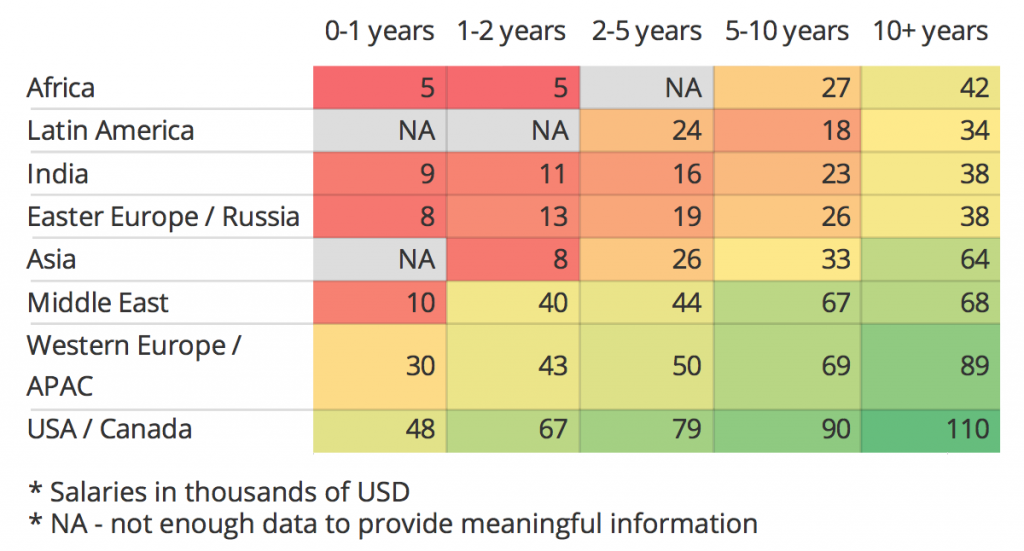 Below is the breakdown of types of tools used by software testers.

First 3 extremely challenging tasks as per respondents are hiring, testing time frames and political/cultural issues. While they don’t find outsourcing/working with offshore, budget and testing tools as much challenging.

In case you want to read the full State of Testing survey report, you can download it from here.